Never before have I felt tired after climbing up the steps of the overhead bridge. It wasn’t that I was panting or anything, but there was certainly cause to rest!

There was just this dull feeling — a tightness in the chest area, but no pain at all. Within minutes I’d be ok, though my nose remained stuffy.

This experience worried me. And soon I was to have it a couple more times.

Yup, I haven’t been well of late on the health side 🙁

What’s Wrong With Me? This Was What The Doc Said…

It was 2 to 3 weeks ago that the breathlessness episodes started.

I wasn’t sure if my condition would be termed “breathlessness”, but the limited intake of oxygen sure was making its effect felt. Still, I was mentally prepared to ward myself at the A&E in view of the possibility of an emergency situation.

Being a person who doesn’t jump at the first sign of health symptoms, the visit to the doc usually came later. In most cases, nothing serious would turn up. The usual flu or fever can be dealt with with self medication and plenty of water. And rest!

However, in this case, I decided I shouldn’t wait any longer. So off I went to the polyclinic to get a checkup.

A Checkup, an X-ray and Then Some

As usual, the doc listened to my lungs with his stethoscope. He heard no noise, though I was wheezing slightly. So he noted that my lungs seemed clear. Strange, I thought.

Any way, he ordered an X-ray of my chest. I was to go to their radiology unit nearby and come back an hour later for the prognosis and medication.

Now, I had done several chest X-rays during the year and all had turned out clear in the lungs. I was almost certain nothing indicative would show up on the (digital) film that day.

(More on why my ribs, heart and lungs got zapped in the lab so many times this year, in a future post perhaps…)

Soon, the X-ray result was ready and the doc buzzed me into his office. I was right — doc said he saw nothing amiss in the film. Since it didn’t look like anything serious, he began to ask about my medical history.

As it was, I did have a long-running case of what I call “sinus”; more accurately, I suffered from a runny nose problem for quite a few years. But repeated overdoses of vitamin C tablets in water had long conquered this troublesome condition.

The nose hadn’t bothered me for the past few years.

Sure, there was the occasional wet nose in the morning. This would get runny when I had the flu — nothing really alarming here, because that’s what the flu bug does to most people.

The Doc Said It Was Likely Rhinitis

My medical history gave the doc the idea that I may be suffering from rhinitis.

He reasoned the inflamed mucous membrane in the nose could be creating stuffiness. A restricted channel for air intake meant that the lungs weren’t amply supplied with oxygen; hence the feeling of congestion.

With this diagnosis, I was prescribed a steroidal nasal spray and pills to alleviate the blocked nose. And the chest tightness should find relief once the nose can breathe easier.

Sounded like a plan — at least there was something I could do to feel better again.

For the next 2 days, I felt a wee bit better. The chest congestion wasn’t as tight but the nose was still stuck somewhat. Maybe I’d need to give the meds a few more days to kick in.

After all, the doc did say the nasal spray requires at least a week or two to show effect. And if it didn’t work, I should come back to do an asthma test!

Is This Really Working?

But something unpleasant turned up as a result — I started coughing again, especially during the night. Restful sleep was elusive; I had to sit up in bed or (try to) lie inclined just to pass the night. So frustrating!

A quick check on Google revealed that one side effect of the said nasal spray was coughing. No! Why like dat one?

Some nagging from the wife led me to seek help from Traditional Chinese Medicine (TCM). To tell the truth, I was more than a bit desperate.

I wasn’t able to breathe deeply; I was tiring out like never before; and without good sleep, chances are that the body won’t recover.

A Trip to the Traditional Chinese Medicine (TCM) Clinic

And so I made that trip to the TCM clinic. Again, actually; after a break of nearly 2 months.

The Chinese physician felt my pulse on both wrists. And then she proceeded to listen to my chest with the scope. Yes, Western equipment can be found in use in Traditional Chinese Medicine practice too. That surprised me when I first saw it previously.

My blood pressure was also measured — nothing worrying here.

Then the doc asked the usual questions: Was I eating well? Am I passing motion regularly; and of what “quality”? Did I undertake strenuous work or exercise?

As I shared with her what the Polyclinic GP did for me, she enquired about the type of nasal spray prescribed and also the pill. Interesting that she asked about these.

Anyway, I reiterated my main grouses — the inability to get good sleep due to cough; stiffness in the chest area; and the blocked nose. TCM doc took a look at the nostrils and said the nose looked ok inside.

But it certainly didn’t feel so — it’s stuck somewhat!

With that, it was time to prescribe the herbal medicine. 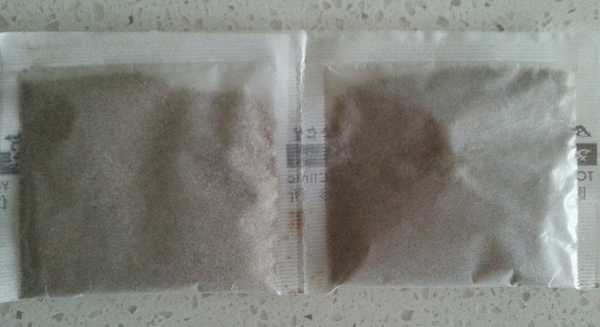 This comes in the form of convenient tear-away sachets, one bag to be taken twice daily. All in, I’d get 14 TCM sachets strung in a neat strip, good for a week.

I call it the “soil medicine” because the brown stuff sure looks like it when mixed in water. Just look at that photo of the cup!

This special concoction sure tastes awful. But I managed.

And it is delivering results. 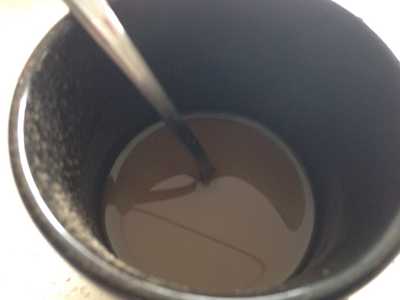 Results that the nasal spray and oral med couldn’t give.

With the use of traditional Chinese medicine, some tweaks need to be done to derive maximum efficacy from the formula.

For one, I understand that our bodies can have different constitutions and different levels of tolerance. Me, I seem to need to avoid cooling foods as they would “weaken” (my own terminology) my body’s defence and functions.

And so I have to start paying attention to what I eat. 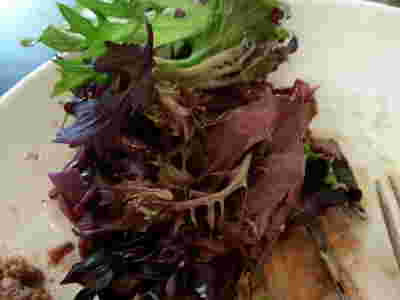 Out goes food like salads, raw fish — I’m gonna miss them salmon and tako sashimi! — and chilled stuff. All not suitable based on Traditional Chinese Medicine diet guidelines.

No cold drinks for me; in fact, I had cut down almost completely on drinking iced water.

As for soft drinks, they were long gone from my diet! Good for me, right?

No to fruits kept in the fridge too. Leaving them outside at room temperature is better (in my case).

Now, I’m thinking the occasional ice cream treat should be ok. Anyway, I scoop only one to two tablespoons max at one go 🙂 Shhh!

Luckily, meats aren’t detrimental to my new diet, so say the lists of heaty, cooling and neutral foods I saw on various websites.

Which means there’s no reason to stop eating a buffet of shabu shabu or a juicy succulent beef steak. Yay! 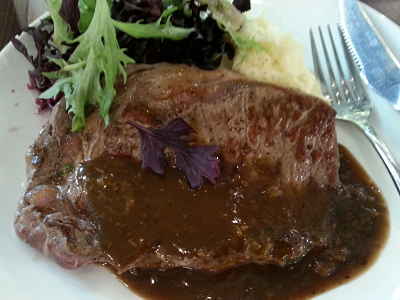 (Plus I’d be saving big with discounted meal deals at quite a few eateries.)

Exercise for Health and Fitness

This one isn’t too difficult for me nowadays.

After successfully doing a whole month of workouts at the gym previously, it’s become a habit to keep fit on a regular basis. My regime comprises 6 days a week of various exercises with a day of rest.

Yes, this particular 30-day challenge had paid off and instilled a good lifestyle change.

I’d probably have to review my exercise programs to check on their intensity and expected benefit. Currently, I’m walking on the treadmill, biking on the machine and lifting (more like pulling, mostly) weights.

It is likely that right now the pace and load are not nearly there yet. I think my heart can tell.

I’m not sure if I’d swim, but this activity is something to consider for the “off” day away from the gym. So would playing badminton, table tennis or a few games of bowling with the family.

Maybe a long walk in the midst of nature should be in the works too.

Ok, this department needs some work.

I’m the kind who has an active mind which won’t quite slow down into the night. So I’d gotta find a way to cool that guy up there by thinking less when it gets late.

Maybe have a light read. And stay off that computer or mobile phone!

As part of the plan, I’d tried to wake up at 6am in the morning during the past months. Another 30-day challenge I put to myself, but one which has failed miserably. It’s time to restart this plan.

Early to rise necessitates early to bed — a good restful sleep of 7-8 hours is a must. Plus sleeping earlier allows the body to repair itself per the body’s natural clock.

I once heard 11pm is that golden hour when such maintenance work begins in earnest. I tend to believe this concept is grounded in Traditional Chinese Medicine.

Press On… I Will Surely Get There

Wow, big changes indeed! But all for a meaningful cause: staying healthy.

After all, each of us has only one body and the parts inside them. If we don’t actively look after these ourselves, who would? Don’t wait till you’re sick, needing medical personnel and attention to fix your health situtation!

At least most times you can help yourself to stay healthy with good lifestyle choices, including eating well and exercising. Yea, for sure there are die-hard habits to break — try cracking it for 30 days in a row and you may well find mission impossible gone.

One thing I’d learn: don’t discount the benefit of traditional Chinese medicine. While it may be slow to act, the longer term positive effects on the body can be significant.

What about you? If you are facing such challenges yourself or have ideas to help others overcome difficulties of this nature, do share by sending in your comments. Let’s all pursue health in earnest, together 🙂

[05] Wait… That’s Not Good Enough, Yet – Is Perfection Killing Your Endeavours?